One hot summer night, the plan was to meet the ‘rents for a scrumptious Japanese dinner. Having exhausted all of our other choices for delectable Nihonjin restaurants, we suggested checking out Michinoku, as we’ve heard a lot of good things about them.

(That’s my dad exclaiming “Michinoku!?”, at the top of his lungs, for those who can’t read Japanese. 😛 )

Apparently, moms and pops used to loooooove going to Michinoku back when they were on Kalakaua Avenue, and have been utterly depressed (not really, but it adds to the drama don’t it?) since hearing of their closing. So when they heard from us that they had re-opened their doors at the (slightly) more convenient Keeaumoku Street location (across Walmart), they were down to pound and get round. 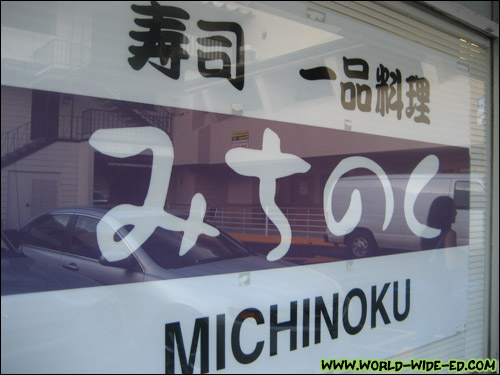 The familiar Michinoku sign outside their new Keeaumoku Street location

The first thing I noticed was that familiar Japanese family-style warmth. We were greeted with a hearty “Irasshaimasei” with a bow and a smile, and then welcomed to our seats in their native Japanese tongue. I know this is cliché to say, but it honestly felt like I was eating at somebody’s house. 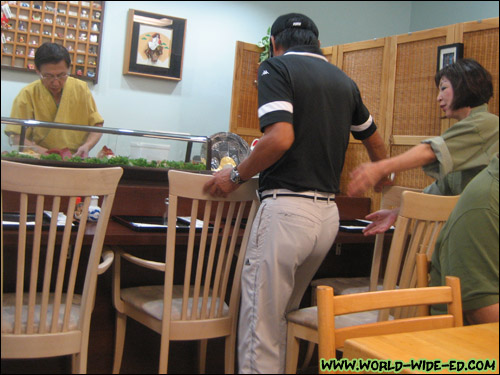 A patron getting personally helped to his seat

It’s a very small space with probably only about a half dozen or so tables for customers, plus the sushi bar, which matches the whole, feels-like-Japan vibe they got goin’ on. 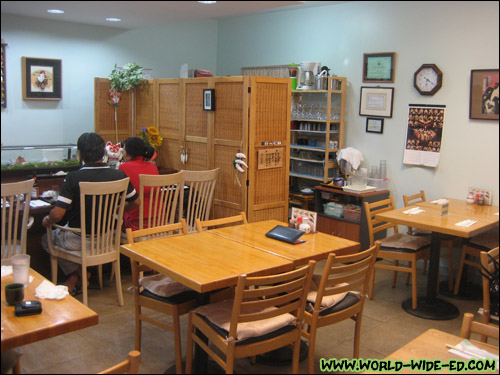 On to the Soosh!

Moms and I ordered the Michinoku Special, which included Barachirashi, Sashimi, Kobachi, Oshinko, Chawanmushi, Salad, and Miso Soup for $16. 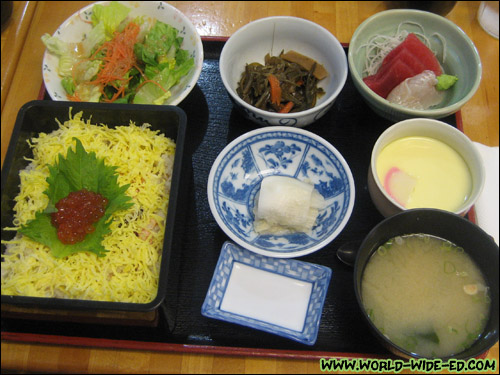 Although, it was quite delicious, I must admit that I was a little disappointed. I guess when I saw the word “chirashi”, I was expecting tons of fish on top of sushi rice, chirashi sushi style. My fault. I guess barachirashi is something different. I did enjoy the ikura quite a bit though. YUM! 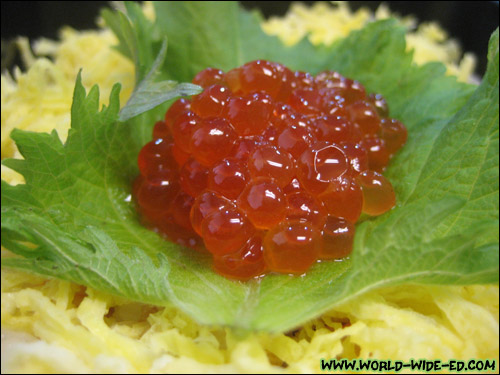 Close up of the Ikura on top of the Barachirashi

Luckily, I also got an order of hamachi sushi on the side to fill my soosh void. 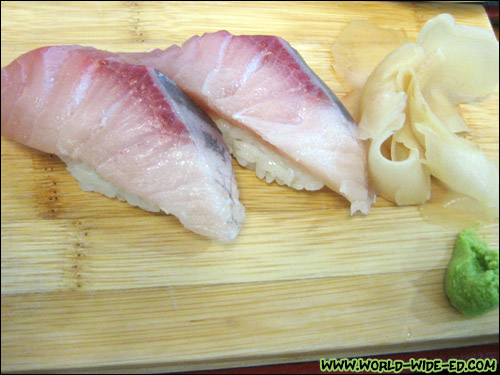 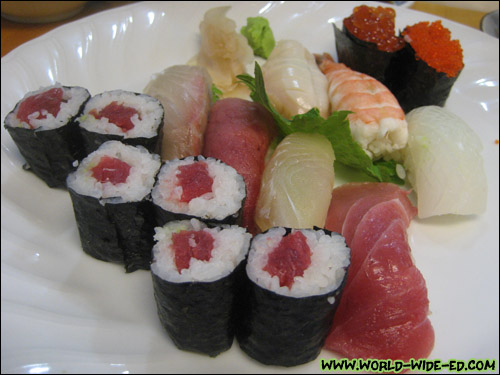 Not in the mood for raw fish, wifey ordered their Salmon Teishoku, which includes Kobachi, Oshinko, Chawanmushi, Salad and Miso Soup for $14. 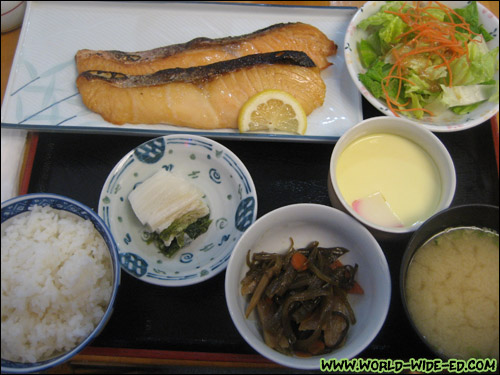 They also have teishokus with sashimi ($20), butterfish ($18), sanma ($13) or chicken teriyaki ($13), and other Japanese favorites like hot and cold udons, and a variety of donburis. Side orders of agedashi tofu (fried tofu), edamame (soybeans), chicken karaage (fried chicken), among others, will also tempt more than a few tummies.

So support local businesses and give the nice, Japanese family from Michinoku some love by eating there. Who knows? Maybe you’ll find my pops there randomly yelling ”みちのく！？” from time to time…