One evening, after helping us watch our daughter for the entire day, I told the parentals that we should go grab dinner, my treat. I suggested Rinka, this new Japanese restaurant I’ve been hearing about through the foodie grapevine. Much like the discovery of Marukame Udon a couple years ago, Pops had already heard about Rinka and has been wanting to eat there as well. Deal! 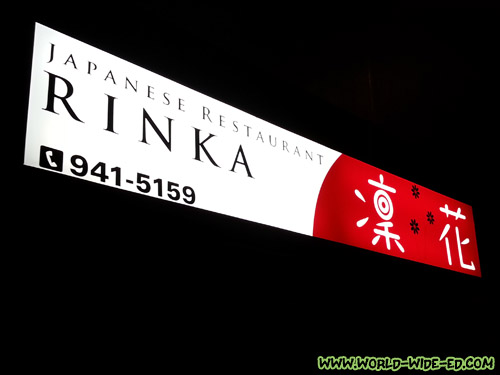 Located on Makaloa (between Walgreen’s and Hawaii USA FCU, on the backside of Heald College and Roger Dunn Golf), Rinka’s sliding door entrance, zen sand/rock garden (cleverly shaped as the Hawaiian Islands) in the foyer, and “Irrashaimase” greeting gave the exact authenticity I was looking for.

Nicely renovated with wood and cement accents, Rinka boasts a sushi bar, and a decent amount of western style seating… 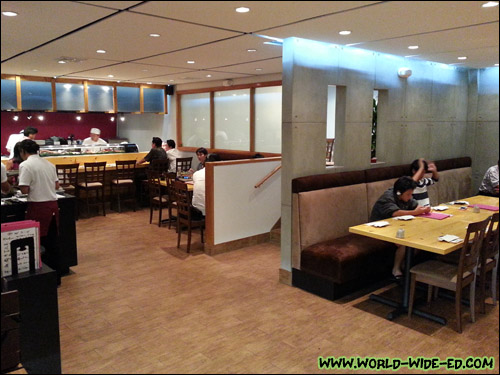 … But if you want the full-on Nippon experience, see if you can reserve the “tatami” room like we did. Although the ground was not exactly made out of tatami, there is kotatsu style seating (low table with feet in the ground) and you have the luxury of privacy if the other table doesn’t get filled during your meal. 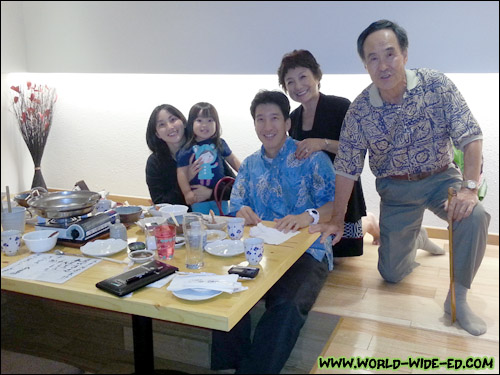 Inside the “tatami” room

The menu is a quite diverse with 14 appetizers, 5 shabu shabus, 3 hot pots, 3 salads, 6 deep fried, 4 boiled, & 5 grilled choices, 11 sashimi offerings, and 8 donburi/udon options. With the exception of a couple items for the bebe (sushi egg & chicken karaage), we played it safe and ordered from the “kou-su” (set course) menu, which included many of their popular items. 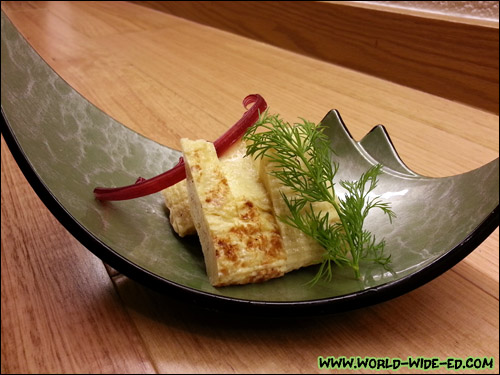 Sushi Egg from the Appetizer section ($3.75) 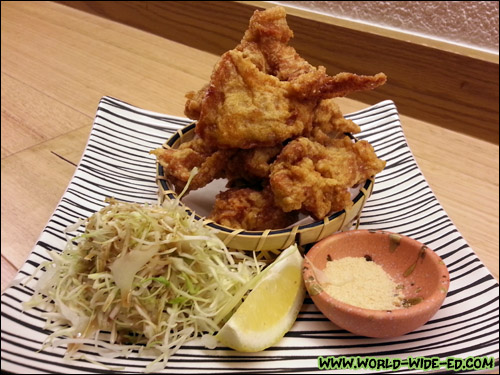 First up in the kou-su was the Mozuku & Ika Marine (Cladosiphon okamuranus seaweed & squid vinegar concoction). 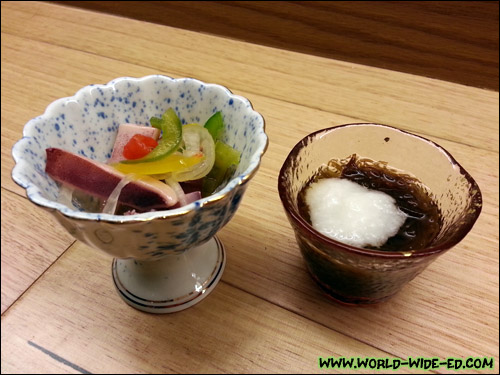 The second item was the Snapper in a Spinach Base Soup, complete with gold flakes on top (hence the “Gold” in the title of this article)! BRAH! This one was probably one of my favorites in the kou-su! Super ono! 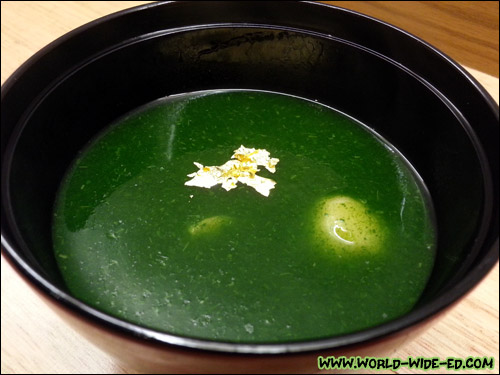 Snapper in a Spinach Base Soup

Next was the Sashimi Tsukuri, a nicely presented offering of ahi and snapper. 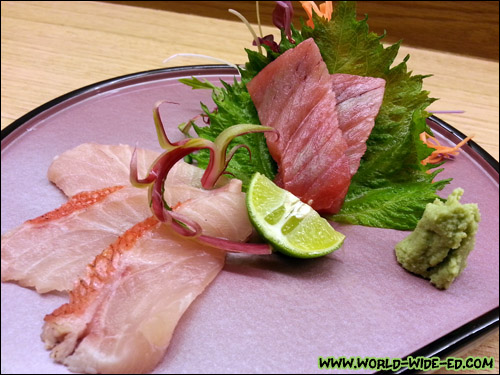 The Renkon Manjyu (lotus root manjyu) was one of my other favorites and up next. 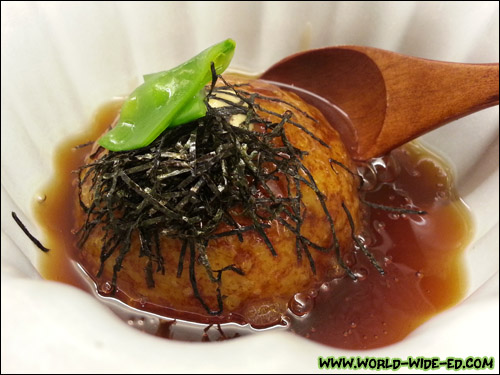 I’m not a fan of onions and tomatoes, so I had to do some maneuvering when eating the next dish: Crab Tomato Salad. 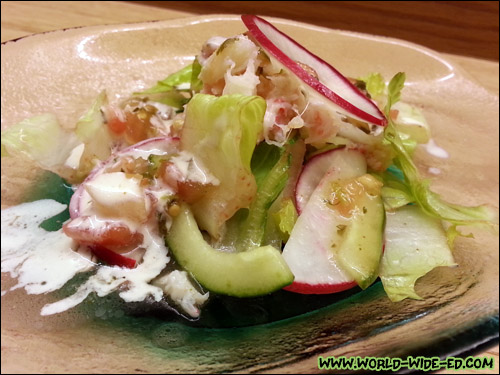 Next was the Abalone Croquette, one of the most popular items on their menu. To me, it was just ok. 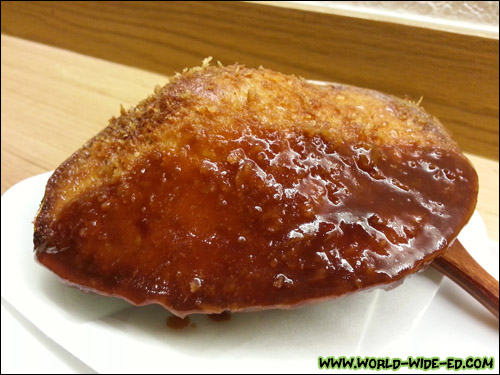 And then came the “ingrediments” for the Buta (pork) Shabu Shabu. 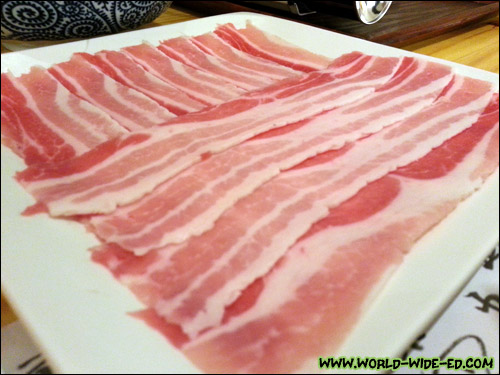 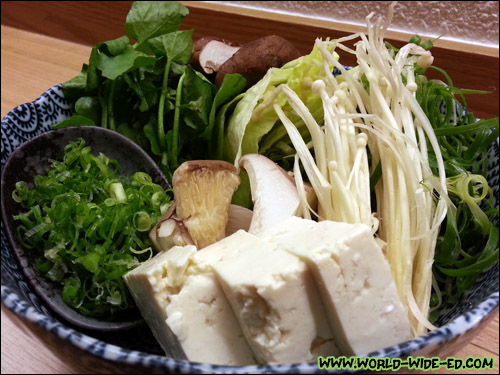 Veggies for the Buta Shabu Shabu 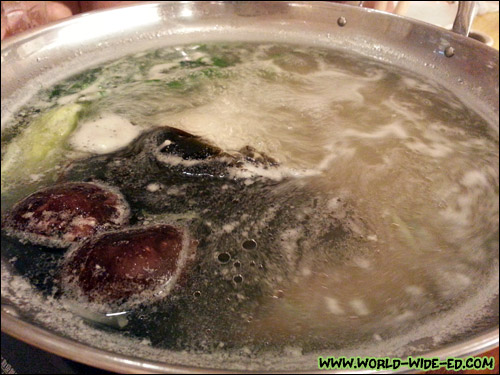 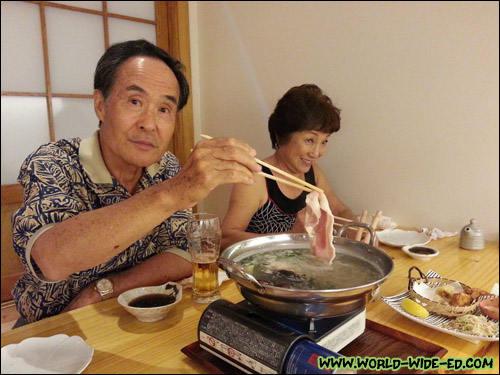 As with other shabu shabu or hot pot restaurants, you get the option of making the most of your remaining soup base by ordering noodle or rice options to finish things off. We went with one of each: rice, ramen noodles, and udon! 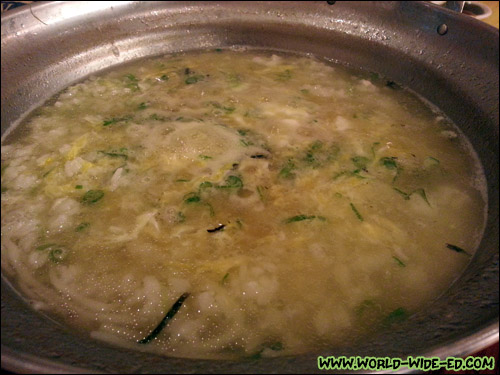 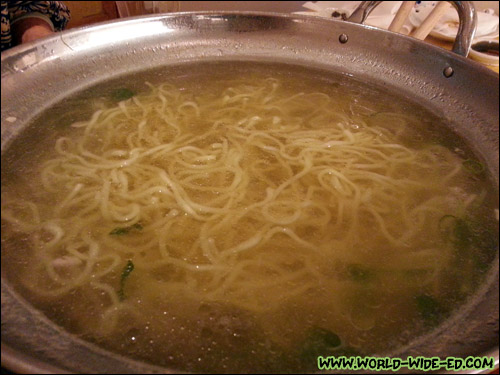 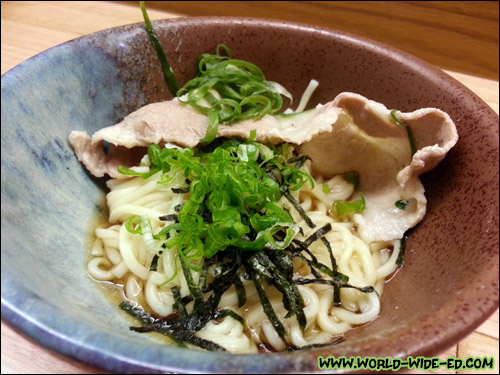 The “kou-su” finishes with a few dessert options. We went with the Mochi Ice Cream and Sakura Cheesecake options. 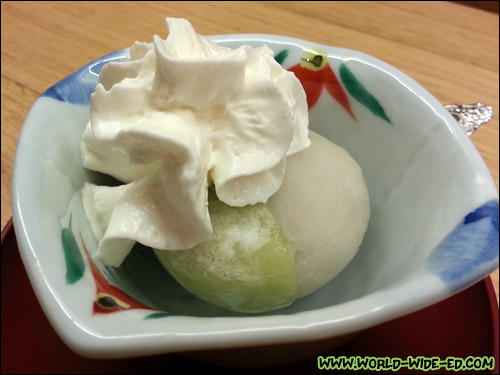 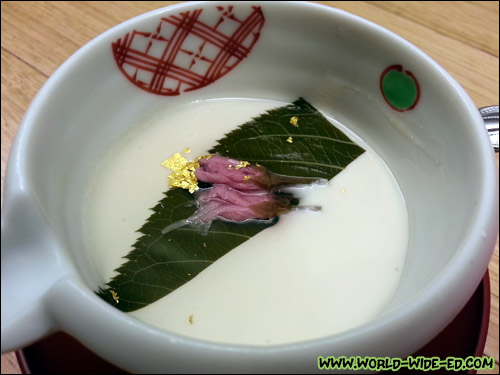 The “kou-su” is normally $60, but we got it for their special, grand opening $45 rate. We ordered 3 sets, which was more than enough for 4 of us adults.

Kudos to Executive Chef Kazufumi Sonoda for delivering a medley of memorable dishes. Rinka is a definitely try, with or without gold sprinkles. 😉