The last time I wrote an article devoted to the ono grindz of our 9th island of “Lost Wages”, Crash won Best Picture at the Academy Awards and George W Bush was our President. It was actually my very first foray into food articles at AroundHawaii (way back in April of ’06) and was aptly titled “Vegas Kine Grindz“. Let’s take a stroll down memory lane shmall kine and continue the series with part II, an almost 6 years later!

Since we literally just completed a 5-part series on Hawaii’s best ramen, and my brain can’t function any other way yet 😛 , let’s start off this trip with one of Las Vegas’ best ramens… 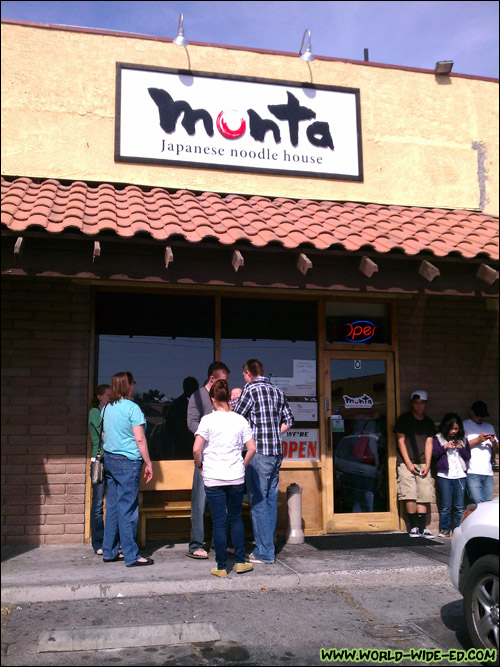 Outside Monta Japanese Noodle House. Expect to wait in a line.

Before we left, my friend Dave’s friend recommended Monta, as did my friend and co-worker Shane. On this occasion, we were taken by Jeff, an old high school classmate turned Las Vegas resident. He says he goes there at least once a week and is practically an expert when ordering his bowl. 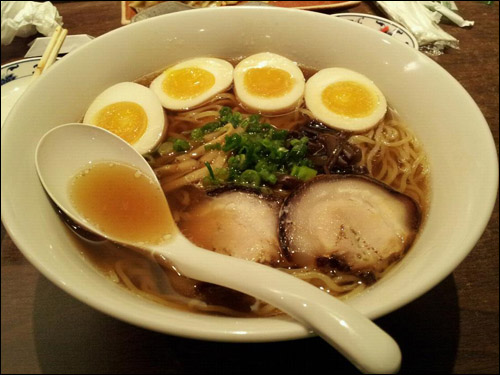 If you’ve been following my ramen series for the last 5 months, you’ll know that I’m a tonkotsu fiend, so there really was no other option for me. 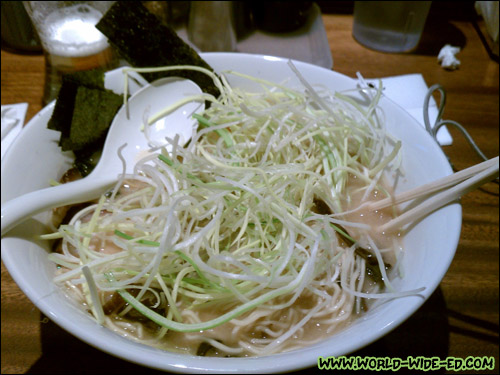 If you’re a big eater, portions are relatively small here. I would recommend saving some soup at the end and going for the Kaedama (extra order of noodles) for an additional $1.50.

I would rate this as one of the top 3 ramens I’ve ever had in the U.S. Yes, it’s THAT good. The tonkotsu broth is legit, and the Chashu pork melts in and “brokes” your mout’ at the same time! 😉 This is a MUST visit on every Vegas trip.

When a place has no signage to speak of and goes by the name of “Secret Pizza”, you know you’re onto something good. In fact, the only way people know about this place is by word of mouth. Heck, they even answer the phone with a plain & simple “Pizzeria”! I was super excited to eat there, primarily because of the mysteriousness of it all.

The entrance doesn’t look like much of anything and is pretty much just a dark hallway. You would probably walk right past it if you weren’t paying attention. 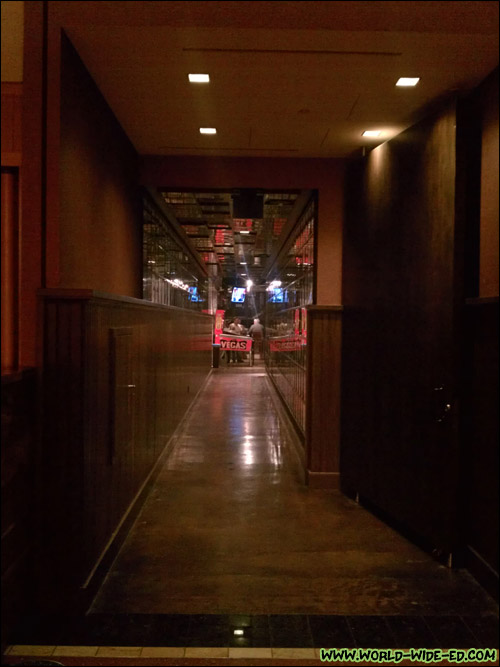 Dark, inconspicuous entrance to Secret Pizza with no signage to speak of

Also known as the “No Name Pizza Kitchen” (NNPK), you’ll be sure to find the makings of a traditional pizza kitchen at the end of the hall, in addition to a long line of “in-the-know” patrons. 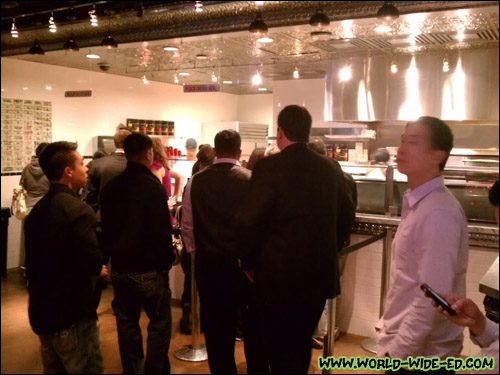 The line inside Secret Pizza

I’m not really a big pizza eater, but these pie slices literally had me panting for more. The first night I had their sausage and jalapeno slice, and the next night (yes, we went twice! 😉 ), I picked up a mushroom pepperoni slice. 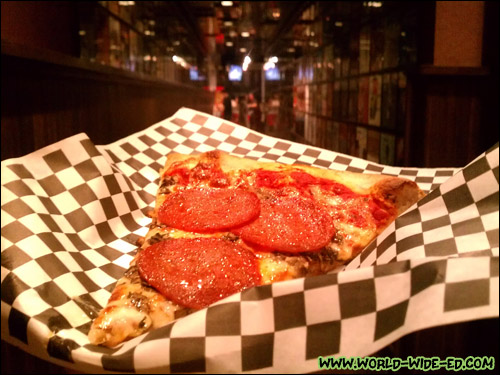 You can customize any slice of pizza for $0.50 additional per topping. Also popular is their “White” pizzas which have ricotta cheese and no red sauce. They go for $5 a slice.

Rumor has it that all of the ingredients for the pizza are actually homemade right here in the kitchen and restaurants from other hotels & casinos actually buy their ingredients from them. Another rumor is that they only use Evian water when mixing their dough. Not too sure how true these rumors are, but the pizza was really dang good!

All-you-can-eats in Las Vegas is like saying beaches in Hawaii. You’ll find them everywhere, some better than others. Sushi Mon is one of those popular all-you-can-eats off the strip that is still reasonable and maintains good quality. 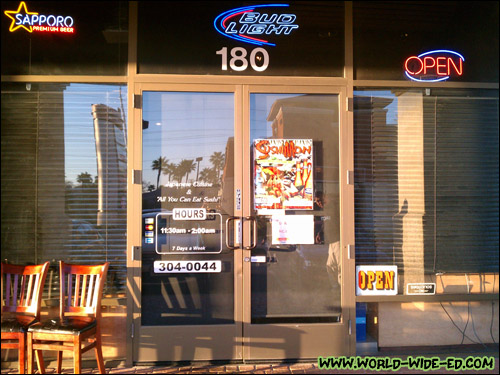 There were 7 of us there that night for the $26.95 All You Can Eat Dinner special, so I’m sure they were a bit afraid of the damage we were about to cause. They churned out order after order like champs though (and fast!) so mad props to them. Here’s some of what we ordered that night as well as from a previous visit there. 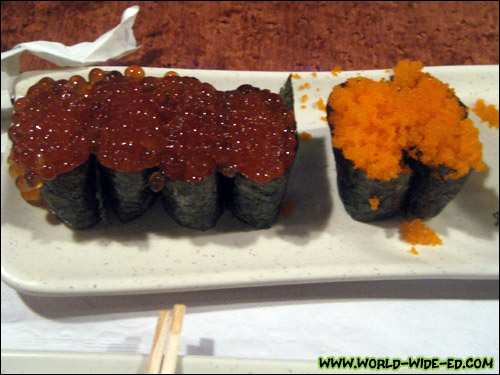 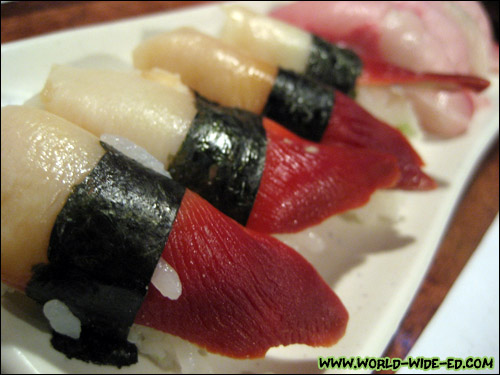 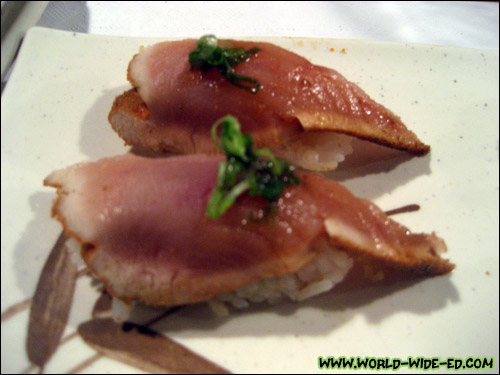 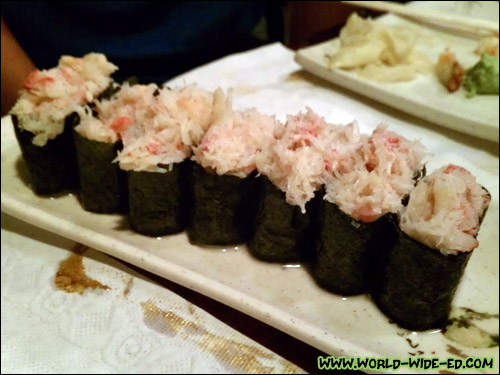 Ed’s Tip: Be aware that you only have a 60 minute time limit here, but as mentioned above, the chefs here churned out our orders pretty quickly so it was never an issue for us.

In the mood for sushi again, 5 of us headed to a placed called Hikari, based on a tip we got. 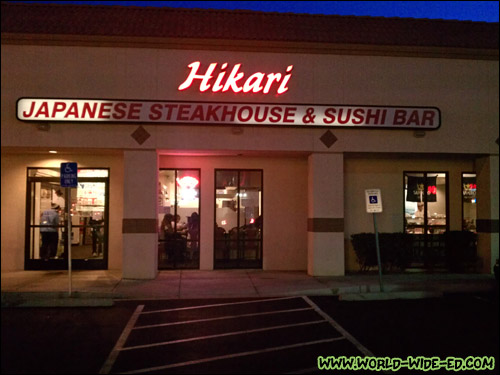 You can actually get all you can eat steak here too, but you have to choose one or the other. We opted for the $26.95 sushi route. 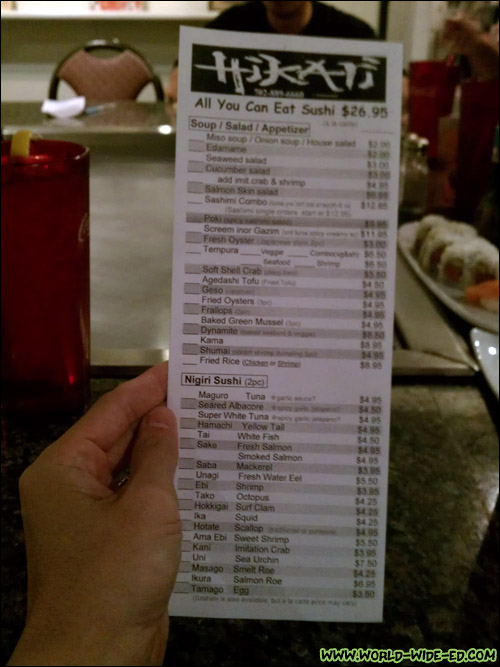 All you can eat sushi menu from Hikari

Although they were out of a few items (as was Sushi Mon), the choices here seem to be a little deeper. Here are some highlights of the choices we went with. 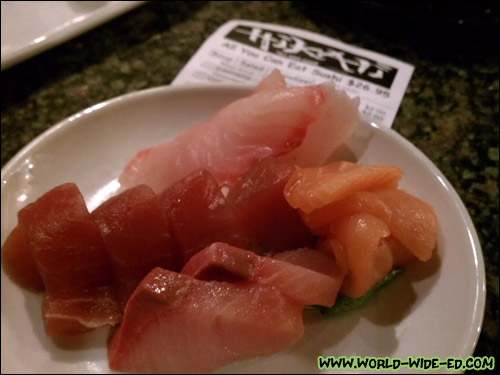 Raw fish without the rice is always a good thing during all-you-can-eat dining! 8) 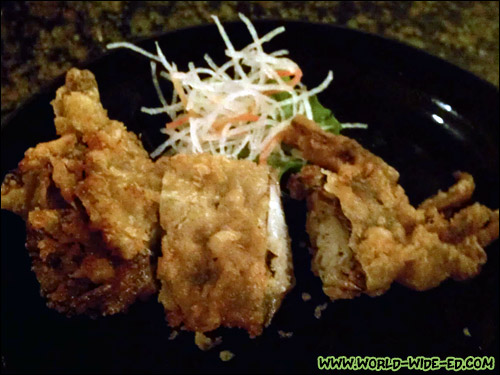 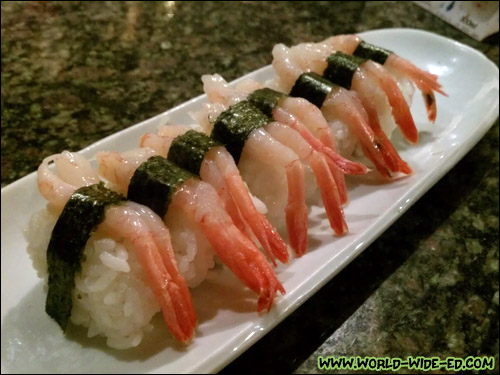 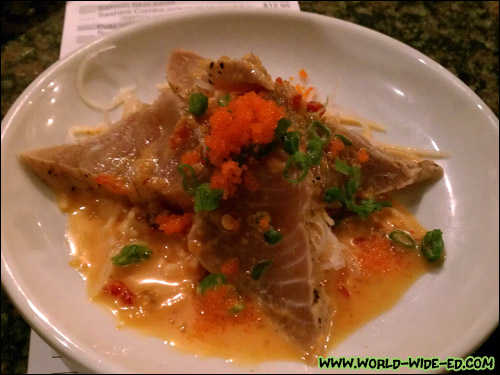 And finally, we’ll close things out with a sweet sandwich find for this sandwich obsessed lover.

Capriotti’s is a franchise sandwich shop with 75 locations across the U.S. (32 in Nevada alone). My friend’s wife swears by their Capastrami subs (Hot pastrami, Swiss cheese, Russian dressing, and cole slaw), so we had to go and check it out. 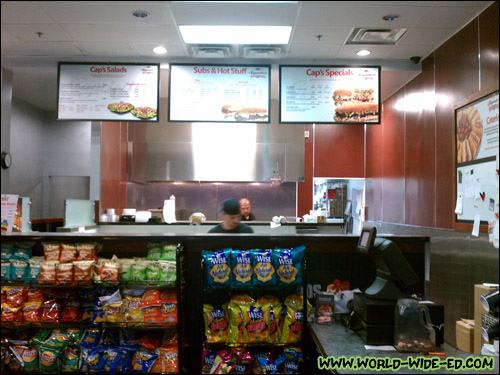 We visited the Paradise Road location right near our hotel at the Hard Rock. In addition to the Capastrami, the New Jersey sounding guy taking our order (whom I assumed to be the owner), suggested the Bobbie (The nationally acclaimed best-seller! Hand-pulled, slow roasted, homemade Turkey, fresh cranberry sauce, homemade stuffing and mayo). 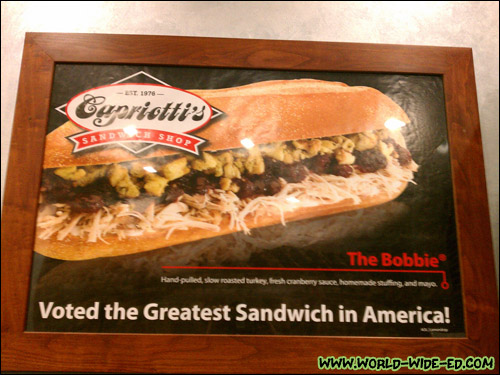 Here’s a cross sectional look at the sandwich. 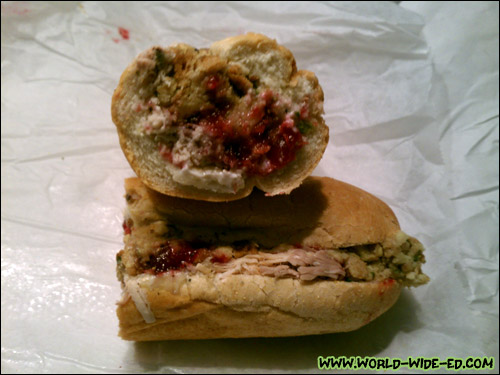 The Bobbie from Capriotti’s

Buggah was grindz! I gotta go back and try some of their other subs!

The primary reason for this trip was to celebrate the engagement of my brother-in-law Lee, bachelor party style. Congratulations bro!!! 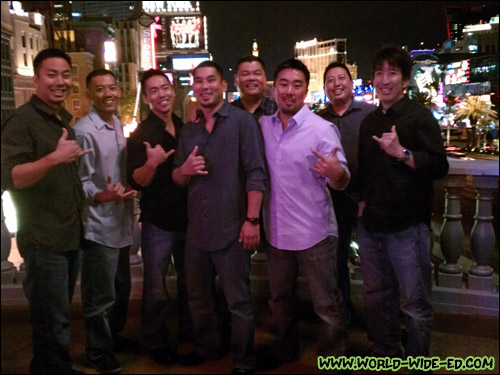 Now… If we can ever find a bride for my friend Todd (center), we can work on Vegas Kine Grindz – Part III. I wouldn’t hold your breath though. That may take more than 6 years… 😉