Though the stay in Cali was not all that long, I was able to sneak in a few bites here and there. Here are some highlights yo:

I arrived the day of the wedding (congrats again Tommy and Margaret!), so there was really not much to do other than help with the last minute wedding errands. The soon-to-bes were nice enough to treat us to lunch (custom sandwiches) from a place called Specialty’s Cafe & Bakery. Though they do have numerous locations in California, Seattle and Chicago, we hit up the one closest to us at 3399 Bowers Ave in Santa Clara. 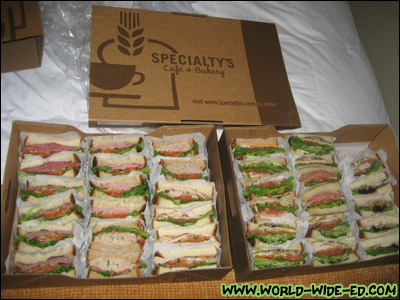 The next meal was actually at the wedding, so I didn’t really have much time to snap photos. I was able to sneak a shot at the venue’s pupu platter, which was served to the wedding party before we marched out to the reception area. 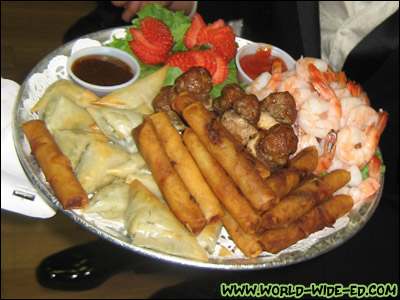 The Freedom Hall and Gardens was the site of the picturesque wedding, and, according to their web site, the dish was called the “Pre Buffet ‘Butler-Style’ Passed Hors d’oeuvres” (see menu). Awesome work guys. It was all delish on our empty, Heineken-only filled stomachs. *grin*

The next day, we made our way out to San Fran. For lunch, we ate at Crab House at Pier 39. A bit on the costly side for what you get, but we were hungry and wanted to rest our bones. 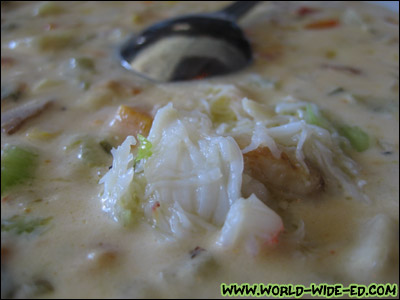 Bowl of Crab Chowder from Crab House at Pier 39

The “chowdah” was pretty good but the crab on top was cold. Then, as usual, my eyes were bigger than my stomach, so I ordered the medium Sizzling Iron Skillet-Roasted Mussels and Shrimp platter (see menu – PDF). 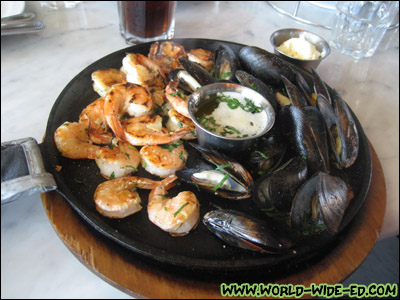 That evening, after checking out the Golden Gate Bridge, we went roaming around Chinatown. I looked up reviews on my phone for good Chinese Restaurants nearby and thanks to the power of Yelp, we discovered R & G Lounge Restaurant. 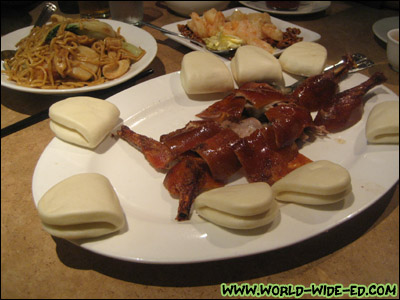 The eats was good, but the company throughout the entire trip was even better…